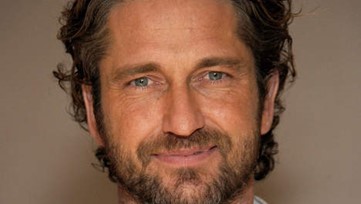 John Tubback is the founder of the American Party for Freedom. Calling himself a “left-wing liberal,” Tubback advocates curbing immigration from Islamic nations, closing radical mosques and denaturalizing violent Muslims.

In Europe this week for a one-week tour, Tubback chatted with The Europe Spectator about Islam, the civilizational conflict, and what must be done to keep the West free.

How big is the threat to the West from Islamic civilizational jihad? Is our focus on terrorism overlooking other, perhaps more insidious means?

Terror and violence are just one method which is used in order to achieve this aim. There are other methods, such as conquest by hijra (immigration). Muhammad himself gave this example of hijra when he conquered Medina. This town, which was originally a tolerant and partly Jewish oasis, became Islamic after Muhammad and his followers settled there and took it over.

Western leaders focus solely on terrorism, but fail to see the purpose which terrorism is serving: Islamic world dominance. They should focus on fighting the global imperialist plans of Islam and treat terrorism as one of the means used to achieve this goal.

How would you characterize the American experience in assimilating Muslims?

Europe failed to assimilate Islam, the U.S. did only slightly better. Both Europe and the U.S. are in the grip of cultural relativism. They no longer believe in the superiority of their own Western Judeo-Christian and humanist values. These Western values have brought peace, prosperity, liberty, and democracy. But, unfortunately, political leaders no longer seem to understand this.

In Europe, the newcomers were not asked to assimilate. On the contrary, the Europeans told newcomers settling in their nations: you are free to violate our norms and values because your culture is just as good, and perhaps even better, than ours. Muslims were allowed to build enclaves on European soil, where Western values are despised and hated.

The Islamization of Western Europe is a direct result of this. European nations did not assimilate Islam but rather encouraged it to continue to live according to its culture, which is intolerant, inferior, and totally incompatible with Europe’s culture and civilization.

How do you resuscitate traditional Western culture in the face of the encroachment we’re seeing? Or is Europe inevitably lost?

The European nations need to rediscover and reassert their identity. If Europe fails to stand up for its own culture and identity, it, will, indeed, be lost to Islam. Time is running out. Islam is assertive and aggressive. Europe should be assertive in countering Islam. Europe needs to turn the tide of Islamization and start a de-Islamization process.

Here are five things which should be done:

1) The U.S. and Europe should close their borders to all immigration from Islamic countries.

2) They should stimulate voluntary re-emigration;

3) and they should expel all criminals with a dual nationality to the country of their other nationality.

4) They should demand that everyone with a passport from an Islamic country, who wishes to remain living in Western Europe or the U.S, sign a declaration in which he or she distances himself or herself from Sharia law and the violent commands of the Koran.

5) People who join the jihad have to be expelled, even it they only have our nationality. They can go and live in the Islamic State and no longer belong here.

What message can you offer Europeans about the threat posed by Islam and efforts to stifle freedom of speech critical of Islam?

Americans are more patriotic than Europeans. That is a good thing. Europe would be in a better shape if it were more patriotic. Like Americans they should cherish their pride in being European. They should insist that everyone who settles in Europe accept its values, which are based on its Western Judeo-Christian and humanitarian heritage.

Europe should close its borders to immigration from Islamic countries. There is more than enough Islam in Europe already.

Freedom of speech is a very important American and European value. In many European countries, people criticizing Islam are prosecuted. Telling the truth about Islam is considered to be offensive, because Islam feels offended by it. But the truth can never be offensive and people should never refrain from speaking it.

All political leaders in the U.S. and Europe should recognize that ISIS is an offspring of Islam. What ISIS does is what Islam commands. The Koran is full of commands such as sura 47 verse 4 “When ye meet the unbelievers, smite at their necks and cause a bloodbath among them.” When Obama, John Kerry, the British Prime Minister David Cameron, and others say that “ISIS has nothing to do with Islam” they are talking politically correct nonsense.

Is American public sentiment actively opposed to the Islamist threat, or are your countrymen still largely unconcerned? Is this a situation where the political class is being unresponsive to the concerns of the citizenry as well as oblivious to a societal threat to your country?

I never use the word “Islamist”, because there is only one Islam: the Islam of the Koran and of Muhammad.

Growing numbers of American people are aware that Islam does not belong here because Islamic values are incompatible with our own. A poll last June showed that two thirds of the U.S. citizens say that the Islamic culture does not belong in the U.S.. The political class, however, does not voice the concerns of the people. This phenomenon can also be seen in Europe. It is the reason why their traditional political parties are rapidly losing the support of the people.

Are reforms to free speech controls needed in the U.S. and Europe to avoid further prosecutions of Islam’s critics? Is such reform possible?

Islam is currently the greatest threat to the survival of our civilizations. People who warn against this threat are both threatened by Muslims who want to kill them for speaking the truth about Islam, and are at the same time prosecuted by the European authorities who want to silence them because they speak the truth about Islam. This is ridiculous. People should be allowed to speak the truth about the biggest danger that is currently threatening the survival of our Western civilization and the future prosperity and freedom of our children.